Lending Fields: An Addition to the Stockholm Library

Lending Fields is a proposed addition to the Stockholm library that establishes a formal discourse between classical notions of centrality and symmetry relative to contemporary engagements with non-hierarchical and non-linear systems. Whereas Gunnar Asplund’s canonical work encompasses a building with a clear middle point where the lending hall is situated, this proposal seeks to establish multiple points of lending, research, social interaction and knowledge sharing.

Conceptually, the addition is based upon the redistribution of a volume equal to the central hall of the Asplund Library which is dispersed to create a network of luminous fragments. The resulting patchwork of open areas provides opportunities for programmatic overlap and integrated flows of users, media and staff. Visual and spatial integration across subjects and collections allows users to reinterpret, rediscover and draw unexpected connections and trajectories for research and investigation.

The new building is set into Observatoriekullen to create a space for a large public forecourt along Odengatan, commensurate in scale with the reflecting pool along Sveavagen. A fan of stairs on the west side of the new forecourt mediates the sectional slope west from Sveavagen while two rows of trees flank the two open sides, providing a filter from the street to the library plaza.

The curved and recessed face of the link connecting the new library to the west face of the existing library addresses commuters emerging from Odenplan station, inviting them into the plaza and from there into the library proper. In a gesture of continuity, the top of the new building aligns with the parapet of the original; the iconic drum of the existing library therefore floats above the new faÃ§ade, maintaining its power as a symbol and tying it into the public life of the new project. 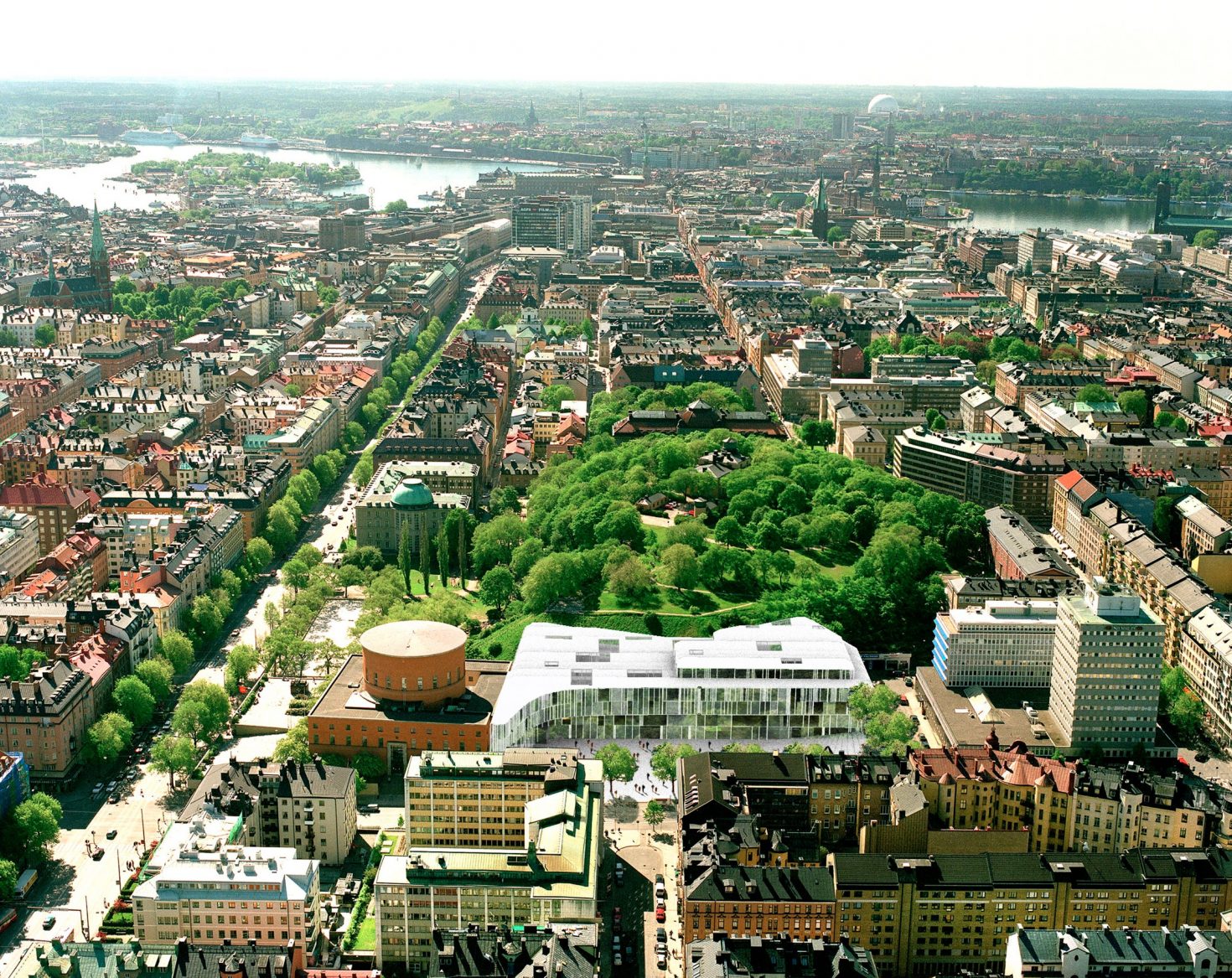 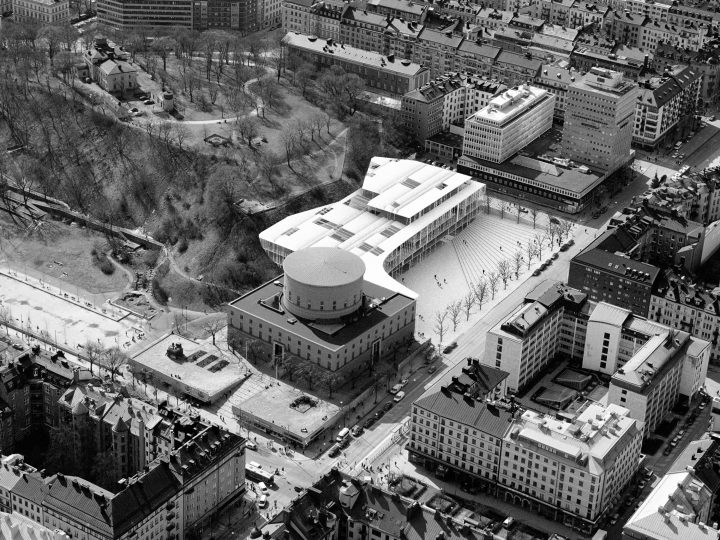 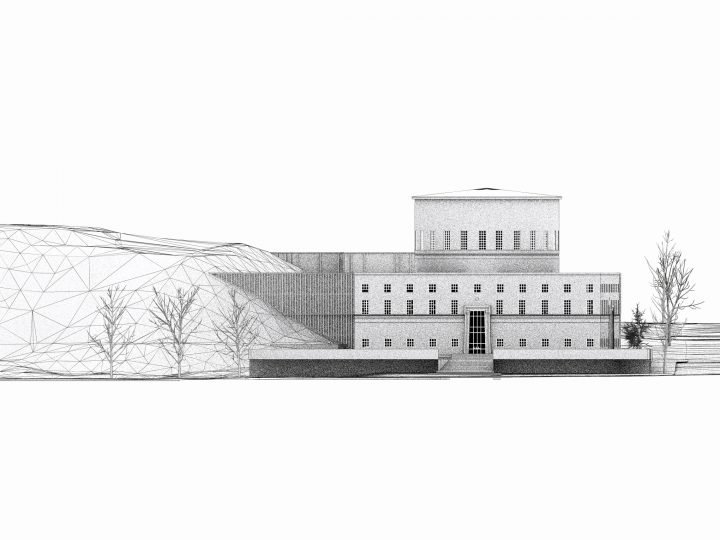 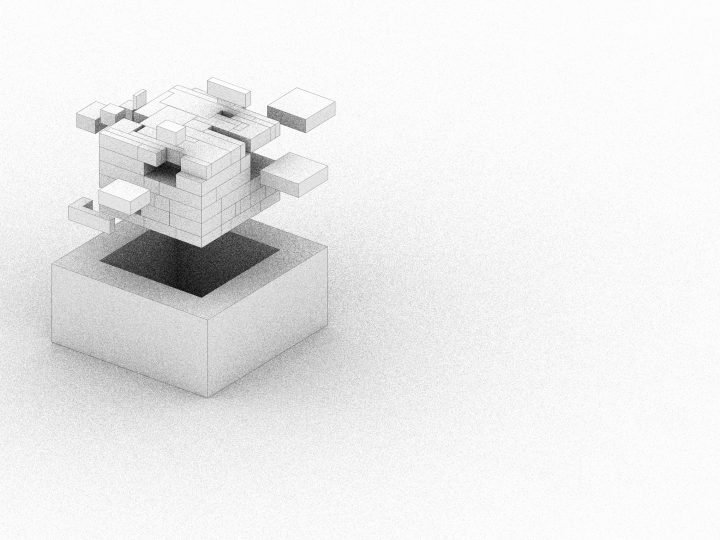 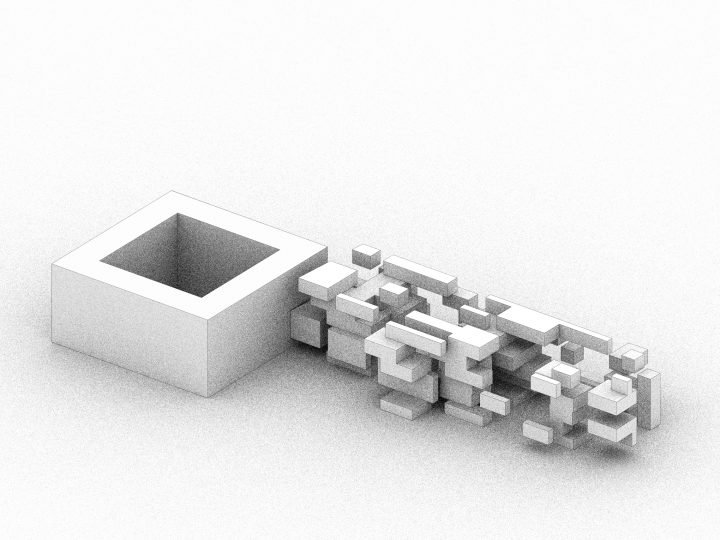 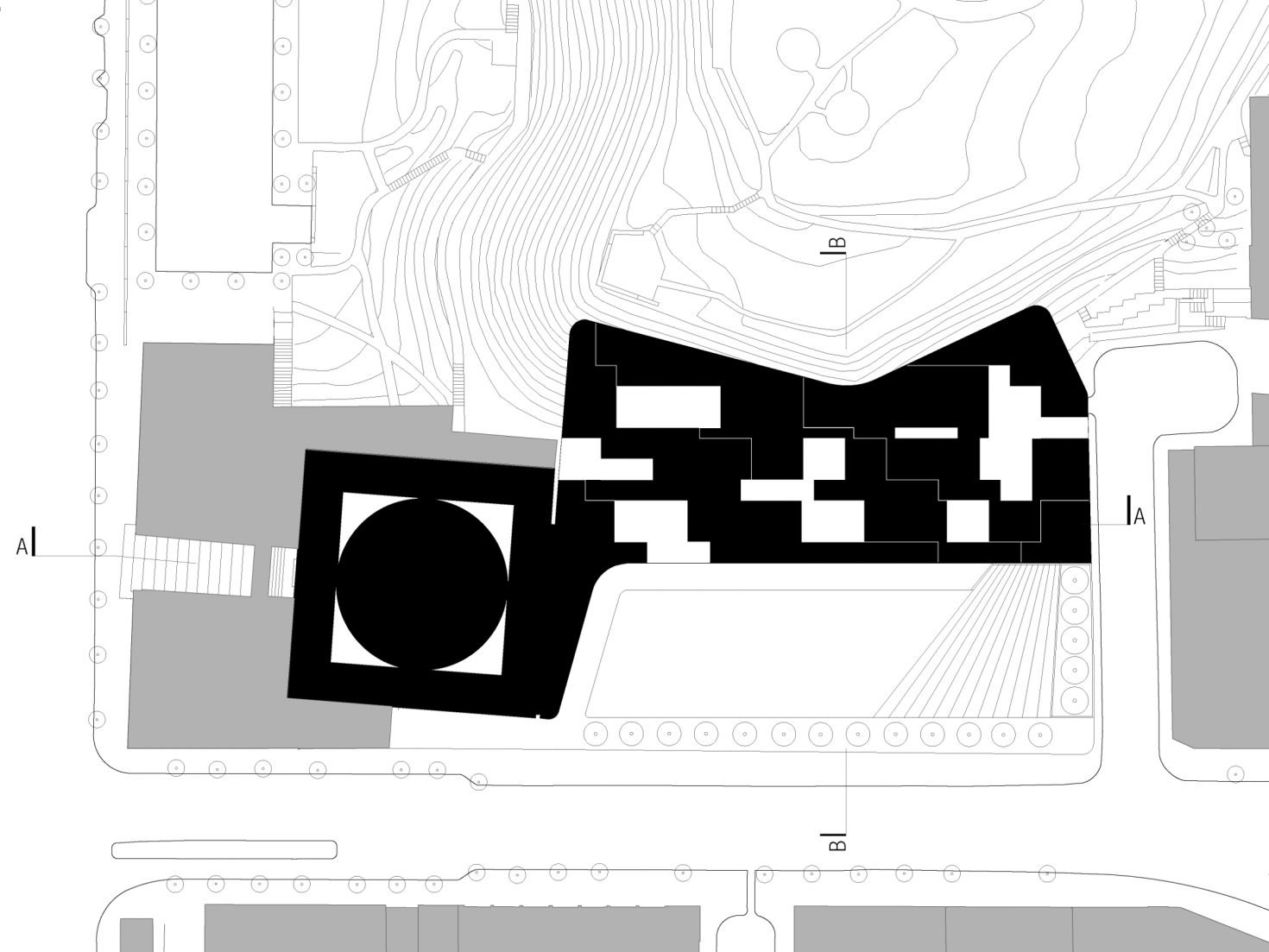 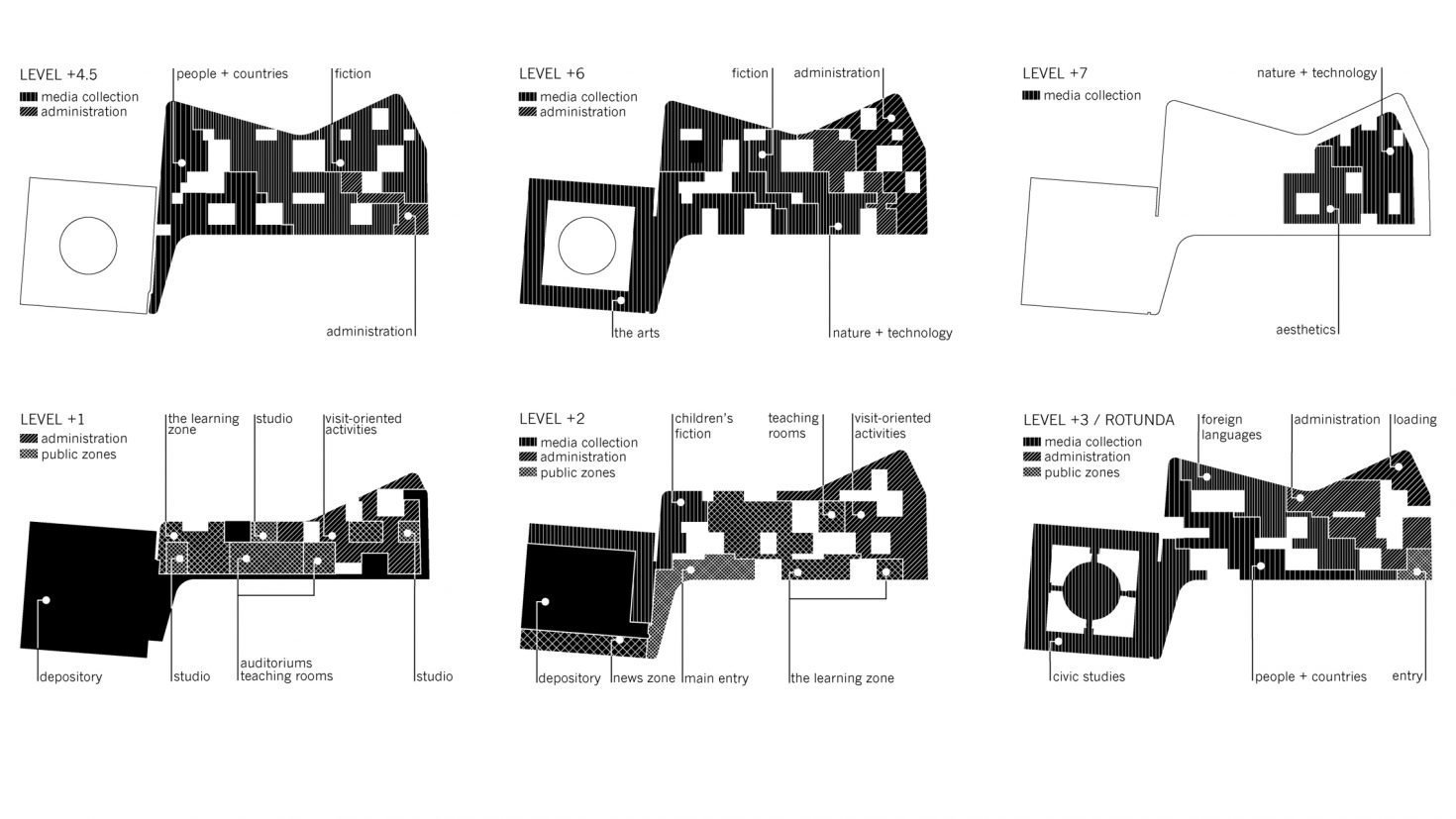 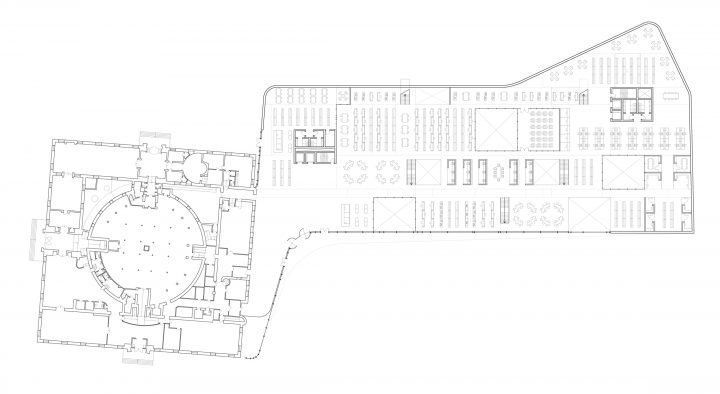 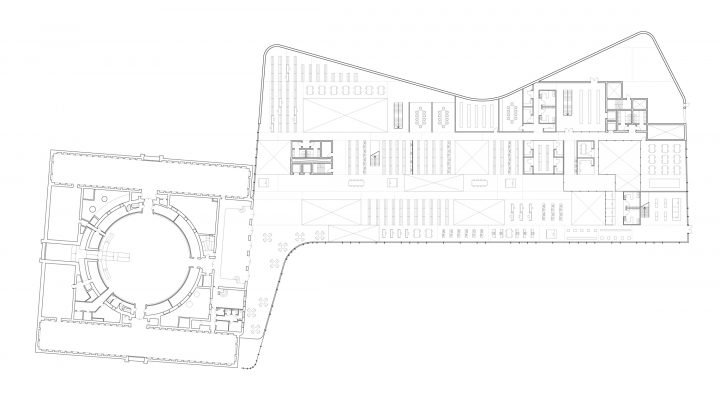 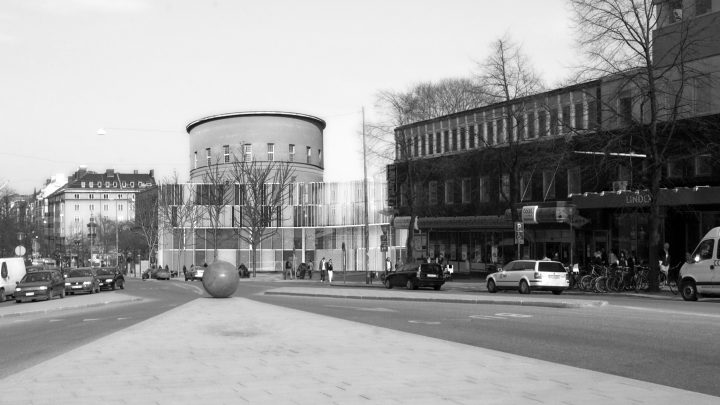