Toronto’s Employment Areas, to be used exclusively for business and economic activities, are an essential cornerstone of its diverse and thriving civic economy. Important elements such as manufacturing, warehousing, and goods distribution are located almost entirely in Employment Areas and provide for a broad range of jobs and a diverse economic base that helps the city through difficult cycles in the economy.

In 2014, in a forgotten industrial strip on Wagstaff Drive backing onto the Greenwood Rail Yard in Toronto’s east end, an abandoned warehouse was transformed into a state-of-the-art coffee facility. Pilot Coffee’s ‘hub’ was the first roasting facility in Toronto that was open and accessible to the public. It’s location on a back alley, sandwiched between the Greenwood Rail Yards and a residential street, identifies it as a critical piece of the revitalization of this strip of Employment lands.

After four years of rapid growth, Pilot Coffee has expanded its production, distribution, and in turn, its staff. Having used every inch of the available ground floor for roasting and production, the only option to house the growing business was to add a second level.

An office addition was conceived that would float above the existing facility so that columns would not penetrate the space below and disrupt the already densely programmed ground floor. Extending the concrete block walls at the rear and sides, a truss was erected to span the 67 feet of clear width of the building. Connecting beams support the thin tension members, and the second floor is free to hang in place. To highlight the structure and the lightness it provides, all visible members – large truss, beams, open web steel joists and hangers – were painted Pilot’s branded yellow.

The clear span afforded by the structural system allows for a fully glazed south wall, creating a light and airy contrast to the more robust and enclosed industrial production space below.  All rooms have a view to the outside – tree canopies in the foreground and Toronto’s urban core in the background – a constant reminder that you are hovering over the action below.

A stair connects the existing ground floor to the new administration space. This entry way is filled with natural light by way of sun tunnels and provides access to an outdoor space for staff that was previously unused due to its lack of access.

Within the new steel shell, like the ground floor, materials were used to differentiate spaces and create a textural experience. The Executive Office and Meeting Room are lined with rift cut white oak and light grey painted surfaces creating an inviting space for meetings and daily office activities. The Cupping Room, fully lined with white oak paneling, provides a space for coffee tastings and entertaining guests with its custom white oak conference table, tv and kitchenette. The Staff Lunchroom is the most playful and bright with two of the walls tiled in a pixelated pattern of green, mimicking the tree canopies outside and the living wall in the adjacent studio space planted with Plumosa Fern, Golden Pothos, and Moon Philodendron. The Administrative Office at the center is designed as a studio, encouraging staff to communicate openly, and is connected to the other spaces with sliding glass doors, allowing borrowed light to flood the room.

A project initiated by Williamson Chong 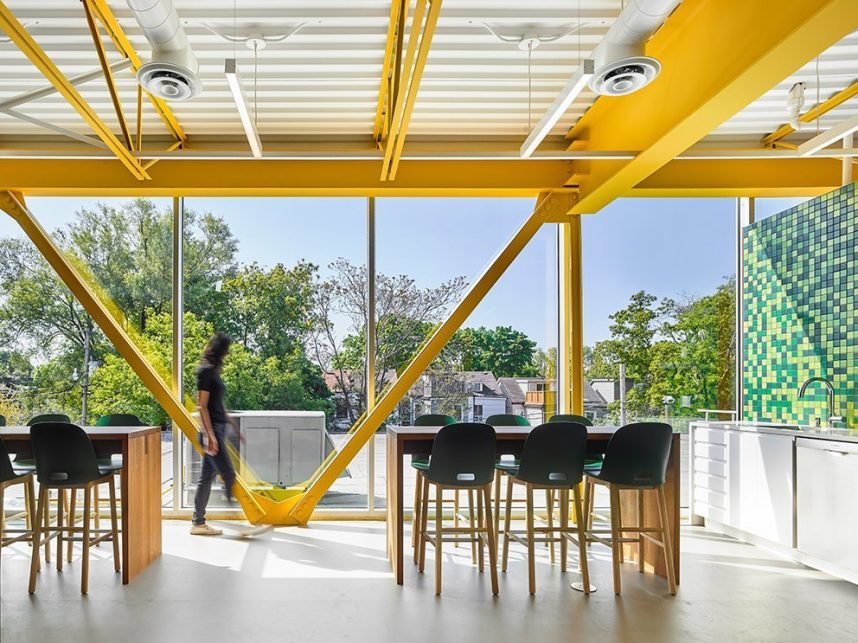 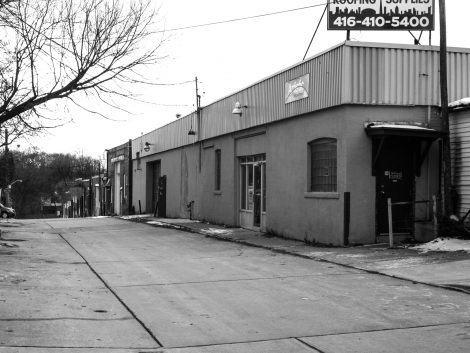 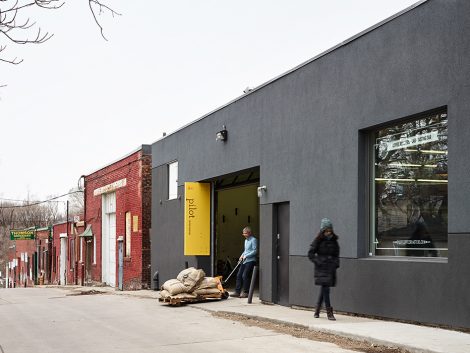 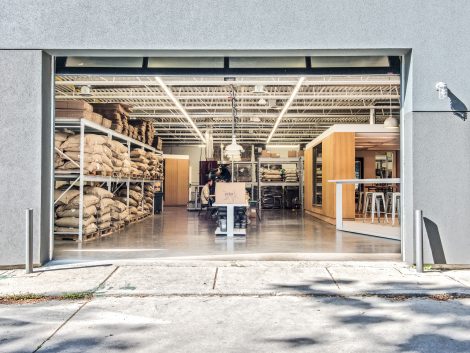 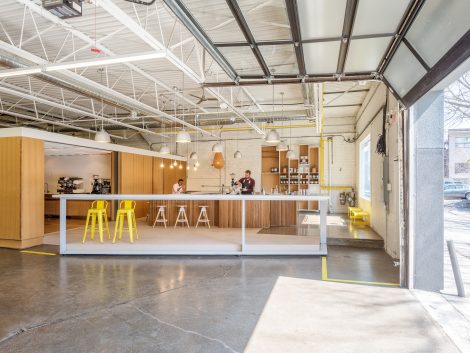 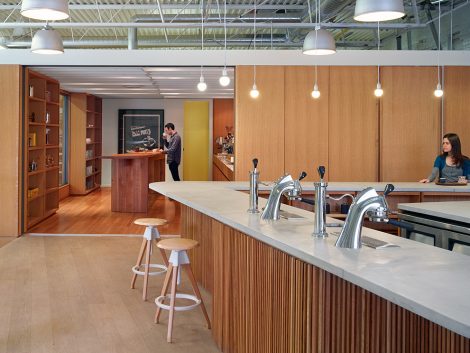 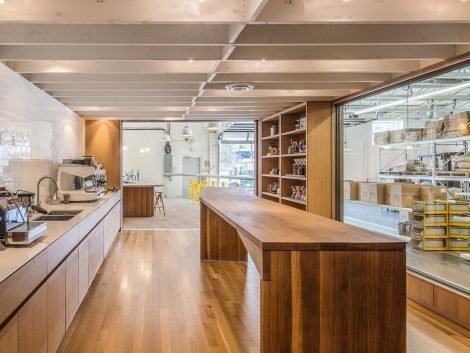 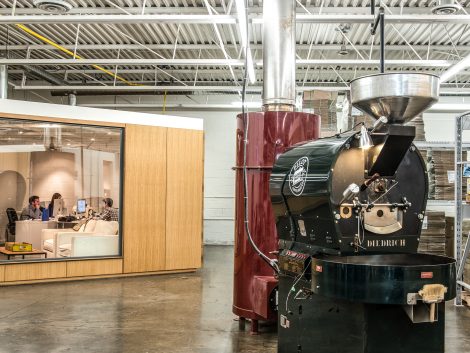 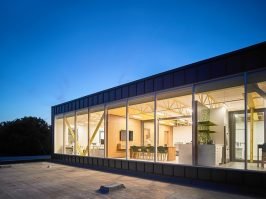 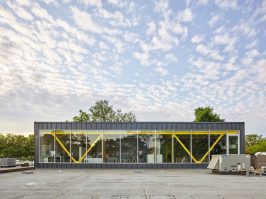 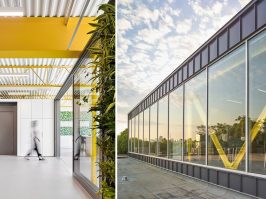 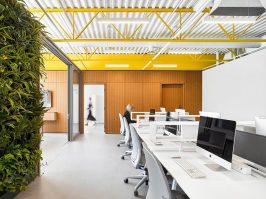 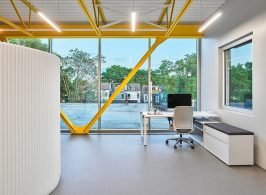