This memorial addresses loss as both an isolated process and as a collective experience.  Consisting of a dense field of tubular chimes, the memorial seeks to recognize the individual victims from the September 11, 2001 attacks and from the 1993 terrorist bombing of the World Trade Center. The sound resulting from the dynamic interaction of the chimes acts as the collective voice of sorrow felt across the world as a result of that tragic day. It is a voice of appreciation to the thousands of people who gave their time and energy towards the recovery of the victims. It is a voice of hope for family and friends. It is a voice for the people of New York. Each year as a moment of silence falls upon the city in remembrance of 9/11, the voice of this memorial will continue to be heard and it will never be forgotten.

Situated at the projected intersection of the cores of the North and South Towers, the field of chimes stands nearly thirty feet tall reaching to the top of the slurry walls surrounding the site. Above grade the scale of the memorial re-asserts the original height of the site prior to the collapse of the towers. Below grade, the chimes penetrate into a space more appropriately scaled to an individual. During the day, light reflects through the chimes and illuminates the space below. Directly below each chime, a victim’s name is etched into the floor. At night this floor is illuminated projecting light up through the chimes.

The movement, interaction and scale of the chimes above grade reflect the collective nature of the memorial. The modest scale and static nature of the chimes in the space below accentuate the individual elements of the memorial and highlight the names of each victim. Providing a solemn and contemplative environment for the victim’s families and loved ones, this space is also intended for the unidentified remains of victims.  As each victim is identified, his or her name will be added with the others and a new chime will join the existing field.

It is as important that this memorial site be not only an evocative remembrance space but also a strong civic space.  It is through the daily actions of the residents and visitors to New York that this site will be brought back into the life of the city.

The North Tower footprint contains a plaza that surrounds a pool marking the core of the building. The south edge of this core is delineated by a plane of water that spills into a lower pool creating a cool and welcoming place to sit in the hot summer months. In the center of the pool is one of two gardens that mark the centers of the building cores.  Each holds a specimen garden of ornamental grasses, plants and trees from each of the victims’ states and countries.

Whereas the North Tower footprint is connected to the memorial by raised areas of benches and lawn, the South Tower footprint addresses the memorial with a low flight of steps.  The steps are appropriate for many activities such as public address, viewing the site, or just a comfortable place to sit and view the memorial. We cannot be prescriptive, but only inspired and taught by the many different ways that the foundation plazas will be used. 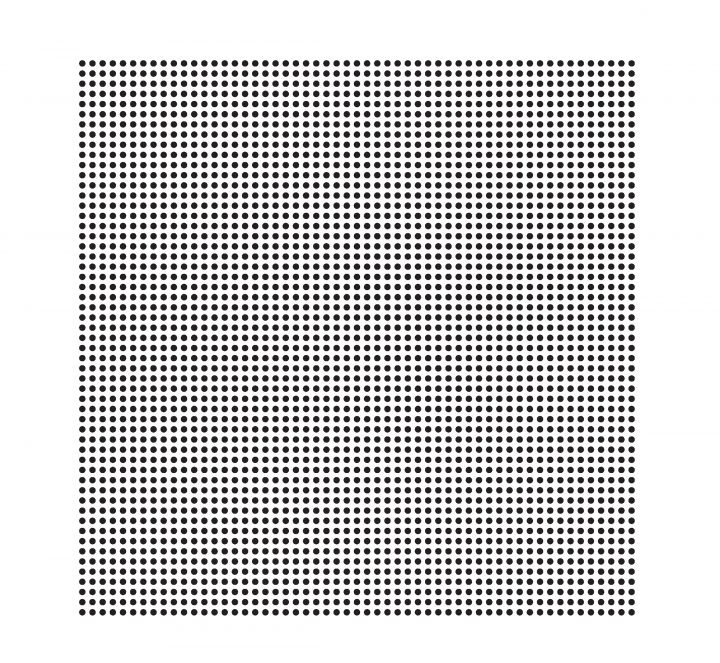 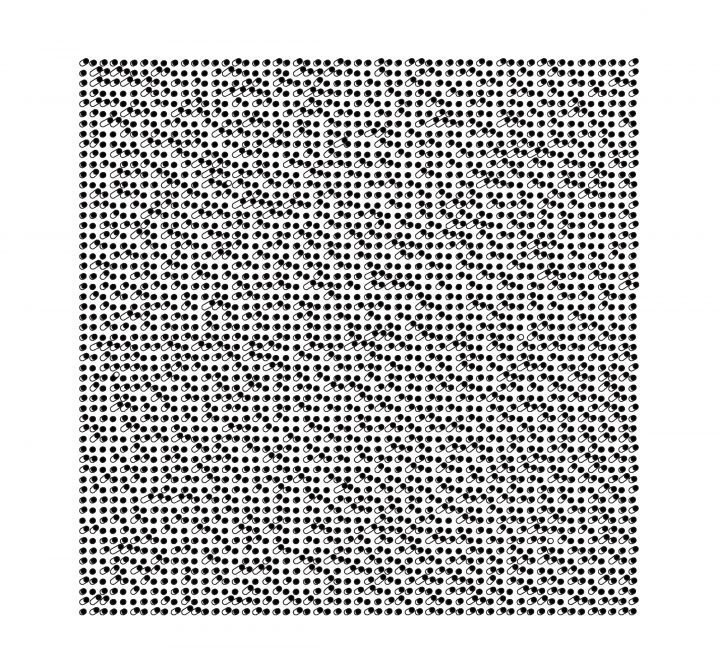 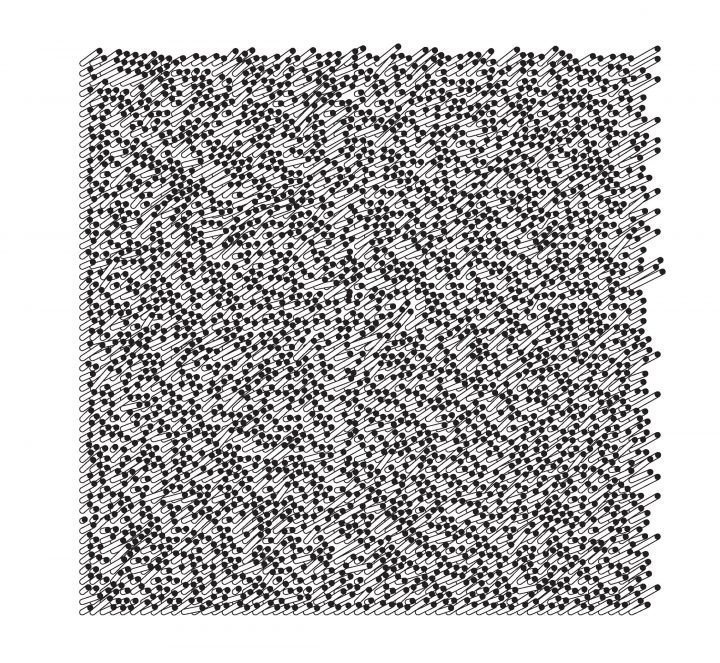 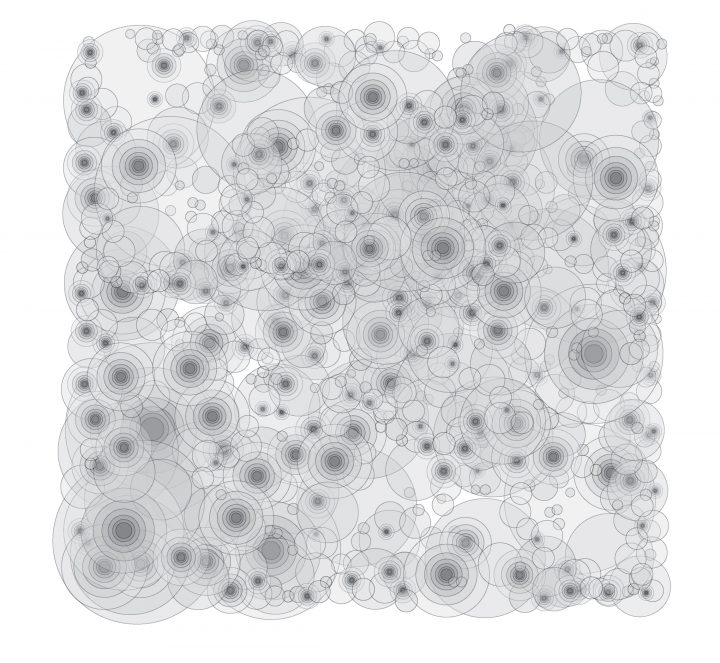 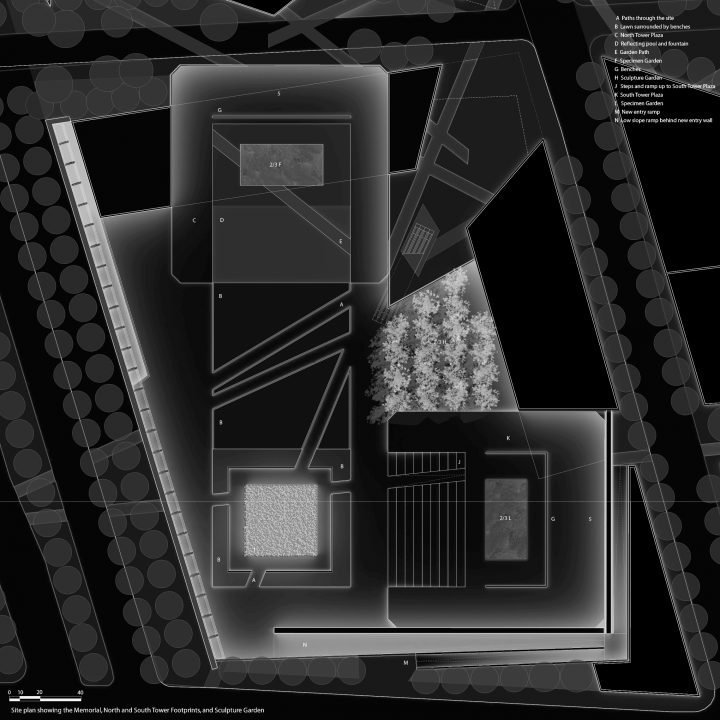 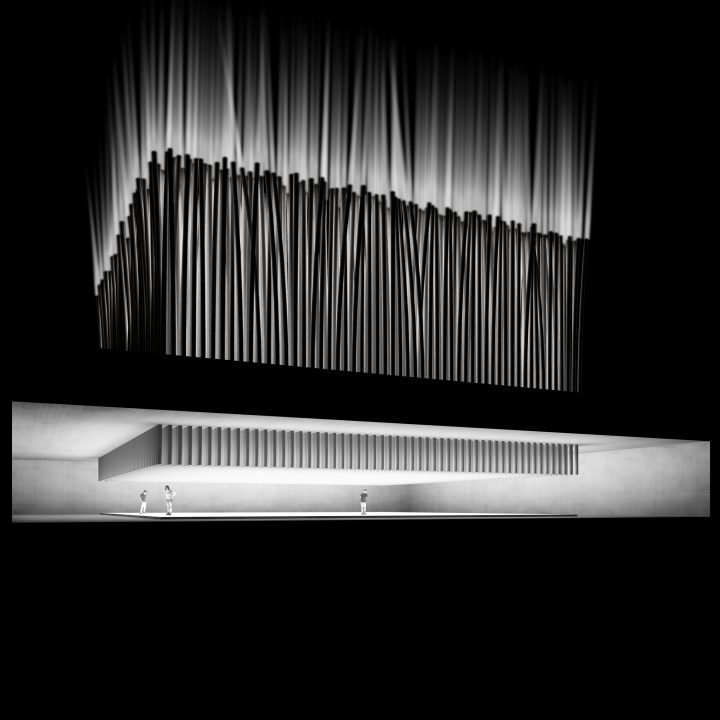